Let the door close on the hustle and bustle of the commute or the frenetic rush from meeting to meeting and sink back while one of our exquisite masseurs make you forget the world outside. Based in gorgeous, luxury apartments minutes from Euston, our masseurs can provide relief from the fast-paced city whenever it suits your busy schedule. Make time in your diary for some pampering from some of the best in London; allow the warm oils to flow over your skin while their strong hands caress you and soothe you. Who will be your next appointment?

Euston is one of Central London’s hives of activity, thanks in no small part to its busy and bustling train station which serves many destinations towards the Midlands, the North of England and beyond. Once a rather grimy and downbeat area, like King’s Cross it has become a little refreshed in recent years. In 2005, the new University College Hospital was opened, housed in a gleaming and award-winning design, just across the road from Euston Square tube station. Although this area isn’t renowned for its attractions for out-of-towners, it’s likely that you’ll pass through it at one point or another, perhaps after visiting Baker Street or on your way to Islington or Sadler’s Wells. And when you do, you might consider stopping off for gay massage in Euston. There’s a steady supply of talented men, some of whom call the area home. Your overworked, strained muscles will be brought back to life and your heart will be lifted by the tantric arts. Then, when it’s time to head back outside, you’ll have more opportunity to sample the area with your energy revived.

You’re not far from Regent’s Park, one of the capital’s most beautiful outdoor spaces, or you could walk into Fitzrovia, a charming little district of old-fashioned squares and streets, and home to the famous BT Tower (formerly the Post Office Tower). Travelling further south, you’ll hit Oxford Street and the madness and mayhem of the West End and Soho. But if you opt to spend more time just where you are, then you could consider using the railway station to explore further afield – it’s one of London’s connections to Scotland and (via Holyhead and then ferry) to Ireland as well. Whatever you choose, you’ll be glad of the fact that – thanks to gay massage in Euston – you’ve got renewed vigour and energy coursing through your veins. Equally if you’re a lady looking for an exceptional massage in Euston check. 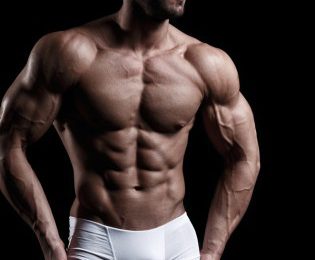