Part of North Kensington, this area actually falls within the Royal Borough of Kensington and Chelsea. It’s a place that’s currently healing itself in the terrible aftermath of the Grenfell Tower fire. Despite the horror of that dreadful event, it’s a place that’s known for its good cheer and neighbourhood vibe.

The great thing about this place is that, as part of Zone 2, it’s still relatively central, with a variety of transport routes for visitors and residents to zip into the West End, Notting Hill or Chelsea. It’s largely residential, which is why it’s not at the top of any tourist’s to-do list, but that certainly doesn’t mean it’s not worth a visit. And if you’re here for a while, you’ll be spoilt for choice when it comes to gay massage. Latimer Road is home to men of all nationalities and physical types, and the perfect therapist for you will not be hard to find from Tantric Soul. 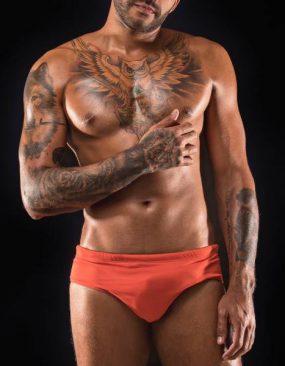 It’s main point of connectivity is its tube station, which is on the Circle and Hammersmith & City lines. Funnily enough, despite its name, the tube station is not particularly close to the road its named after, being separated by the vast artery that is the Westway. If you take a little walk to the road itself, you’ll be in the heart of what was once a place of deprivation and poverty. As recently as the 1970s, this was pure slum-land with negligent landlords and terrible conditions. Fortunately, the gentrification that has swept through London has done as much good as bad. Today, the people here live brighter, more optimistic lives, with rich, poor and in between all nestling near each other. Where other cities ghetto-ize their less well-off residents, in London, there’s a good mix. What you might now know is that the area is named after landowner Edward Latymer (the famous Hammersmith school was named after him, too). If you’re here for gay massage, Latimer Road will fit the bill every time.